History of the Longwood Fire Department


Early settlers in America depended on neighbors to come to their aid during fire emergencies. Upon seeing a column of smoke, men, women, and children would rush to form a fire brigade. Community members were, in a sense, all members of a “volunteer fire department.” From the humble beginning of "neighbors helping neighbors,” organized volunteer fire departments came into being. This was true in Longwood, as in other areas of the country. 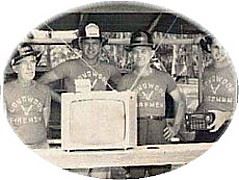 The Longwood Fire Department, staffed by volunteers, was established in 1923. When there were sufficient funds in the city coffers, the first Longwood fire engine was purchased.


Longwood Fire Department volunteers often held raffles, barbecues, and other special functions to help raise money for gear and equipment. Then, as now, meeting the needs of the fire department was a community affair. Local businessmen participated by donating items for raffle. The women of Longwood formed a Ladies Auxiliary to support the efforts of the fire department.
The Ladies Auxiliary played a vital role in the early days not only by helping with fund raising events, but by bringing refreshments to firefighters during major fires. Today, the act of revitalizing personnel on emergency scenes is known as REHAB - Rehabilitation.


By the 1970s, the Longwood Fire Department had evolved from an “all-volunteer” department into a “career-volunteer” department. The fire service had expanded from 1 engine in the 1920s to a fleet comprised of one non-transport rescue unit, 2 engines, 1 four-wheel drive woods truck, and 1 boat for water rescue. In 1974, Longwood's first Non-Transport Rescue Unit was purchased. This unit was utilized for emergency medical response, staffed by 1 paid professional firefighter and, based on availability, 1 volunteer firefighter. Air packs were among the improvements made during the 1970s. Prior to this time, firefighters would enter buildings without the protection of air packs, making this a very dangerous task. 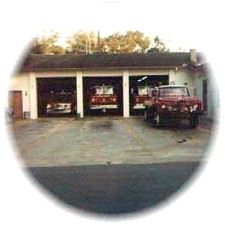 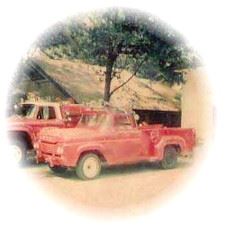 In order to minimize the amount of fires and emergencies in our City, the Longwood Fire Department has established many programs to teach and encourage fire prevention. Please visit our Public Relations and Fire Prevention page to learn more about these topics and the services offered by the Longwood Fire Department.
Pay Online
Agendas
Employment
Request Tracker
Press Room
Video Tourbook
[]